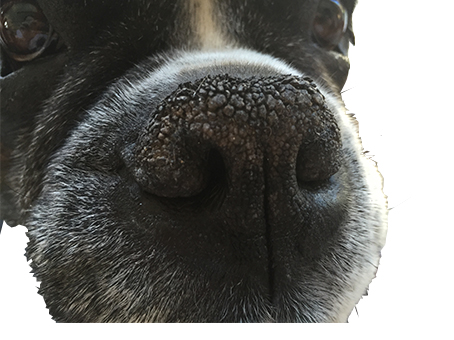 Does your dog have a dry, crusty and cracked nose?

Why are Dogs´ Noses wet?

A cold, wet nose means a healthy pup. That wet nose is part of the reason why your dog has an amazing sense of smell. A dog´s nose secretes its own, thin layer of mucus, and dogs add even more mucus and saliva by licking their noses frequently. When dogs inhale, tiny scent particles floating in the air get trapped in their nose mucus. This helps them to break down and interpret odors. On the other hand dogs don´t have sweat glands all over their bodies like humans do, so they rely on sweat glands in their noses and the pads of their feet to help maintain a safe internal temperature. The moisture of a healthy wet nose helps dogs evaporate heat and helps them cool down their body.

What does a dry DOG  nose mean?

Many dogs have a temporary dry nose due to exposition to sun, dry winter air or even when they wake up from a long sleep. Certain breeds may  also just have naturally drier noses.  Dogs with a brachycephalic head shape (aka snub-nosed dogs) like Bulldogs, Pugs or Boxers are more often affected by the dry-nose-syndrom than others.  Also, some older dogs may lose nose moisture as they age because they´re producing less mucus. A temporarily warm and dry dog’s nose is no cause for concern.

What if the dog’s nose is SUPER-DRY, CRACKED AND CRUSTY? 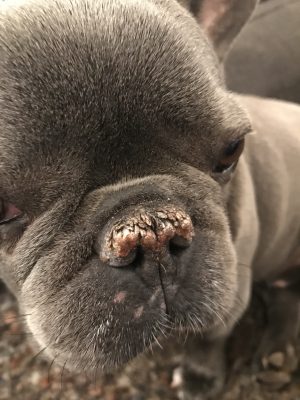 While nearly all dogs can experience mild dryness of the nose, nasal hyperkeratosis is a more intense form of nasal dryness experienced by some dogs. Nasal Hyperkeratosis (also known as Nasodigitalis) is an idiopathic condition; this means that its origin or cause is unknown. Nasal hyperkeratosis is marked by the excessive formulation of nose crust called keratin, which is a type of protein overgrowth. Paws and noses can develop cracks as a result of Hyperkeratosis, making it easy for infections to develop.

This condition isn’t life-threatening , however, a dry nose is highly uncomfortable for dogs who rely on a healthy and moist nose in order to smell the world around them and to regulate their body temperature. 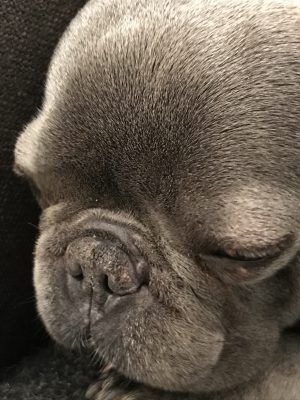 SAY GOOD BYE TO THE DRY, CRUSTY,  CHIPPED OR CRACKED NOSE OF YOUR DOG

Without a moist, healthy nose, your dog cannot efficiently explore the neighborhood or recognize his favorite scent – you! Luckily, there are several safe, natural ingredients you can apply topically to help soothe and heal your pup’s dry nose.

We at DOGZ and DOGZ  use 100% organic ingredients based on the excellent effect of Extra Virgin Olive Oil from the Meditteranean Island Mallorca/Spain, in it`s all natural range of Handmade Dog Balms.

Why you should never put Vaseline on your dog nose.

Many dog owners use Vaseline to smooth the nose of their fury friend. This is absolutely dangerous for dogs. Vaseline consists almost exclusively of a mixture of various petroleum raffinates, such as petrolatum and paraffin liquidum. These are waste products from the industry. Expressed in a simple way: this is garbage and has nothing to do on dogs.

When a dog licks his nose embalmed with petrolatum he picks up the fabrics. They accumulate in the body, preferably in the liver, kidneys, lymph nodes and heart valves.  where they can lead to inflammation. 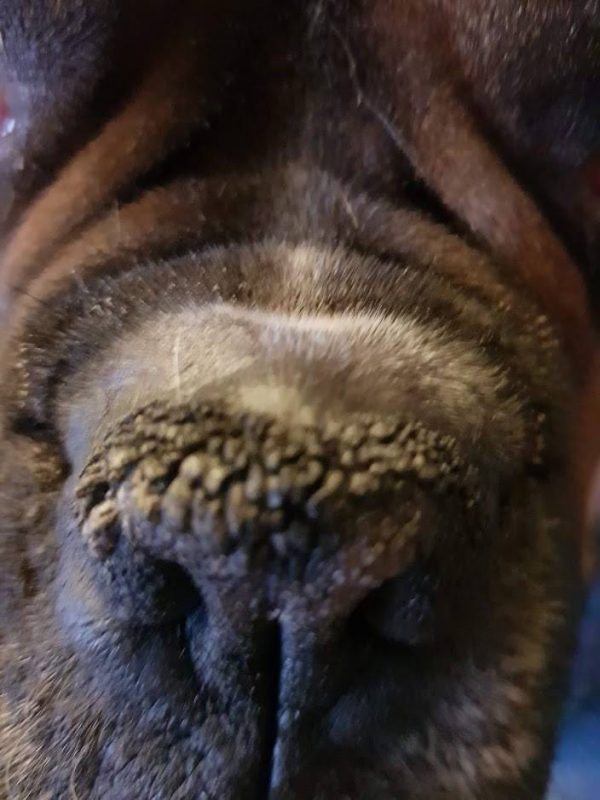 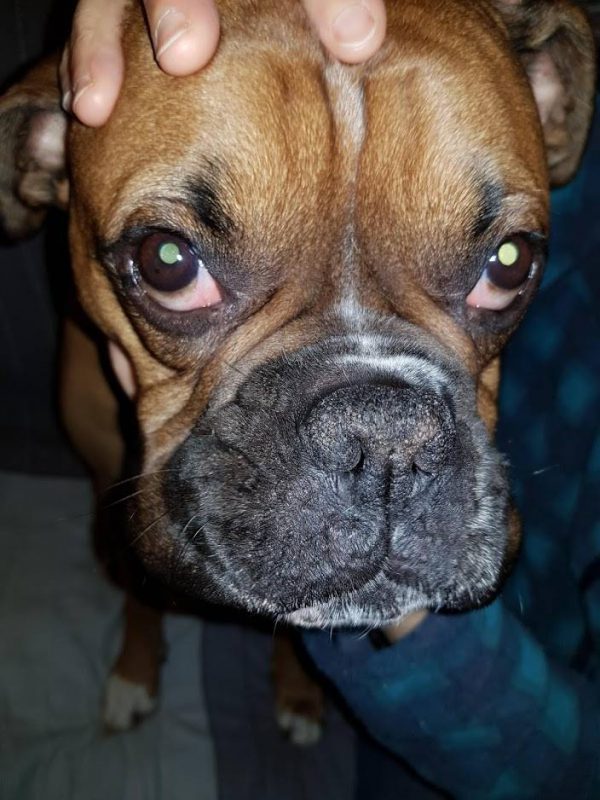 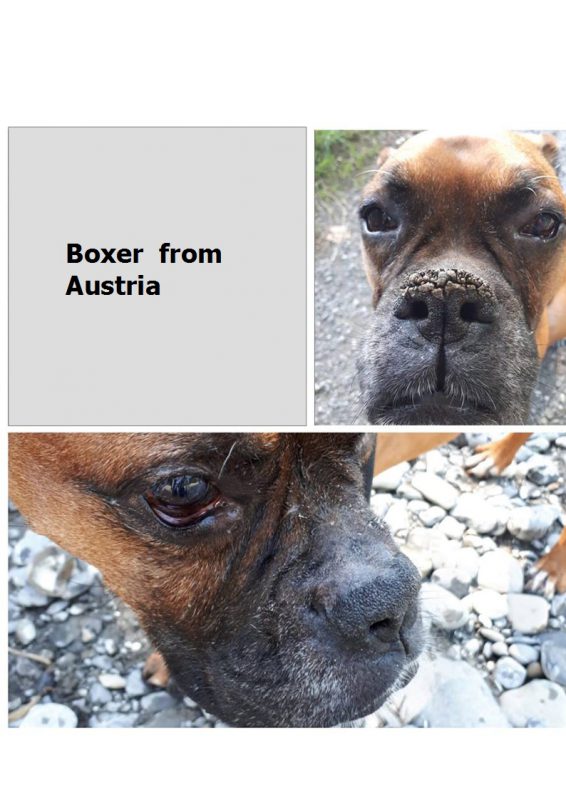 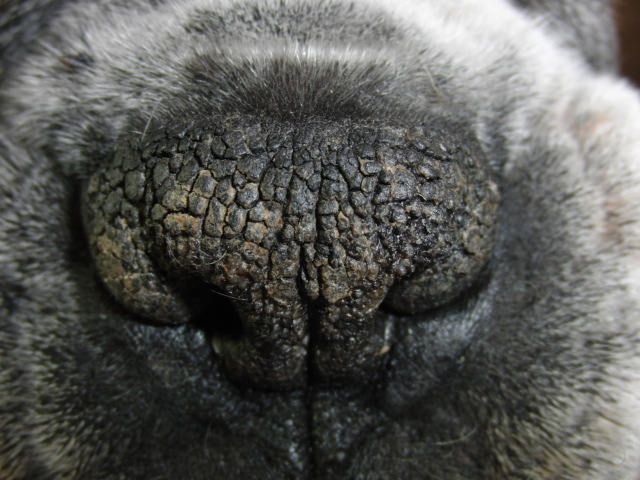 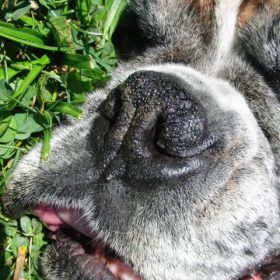 My best buddy Spencer before and after 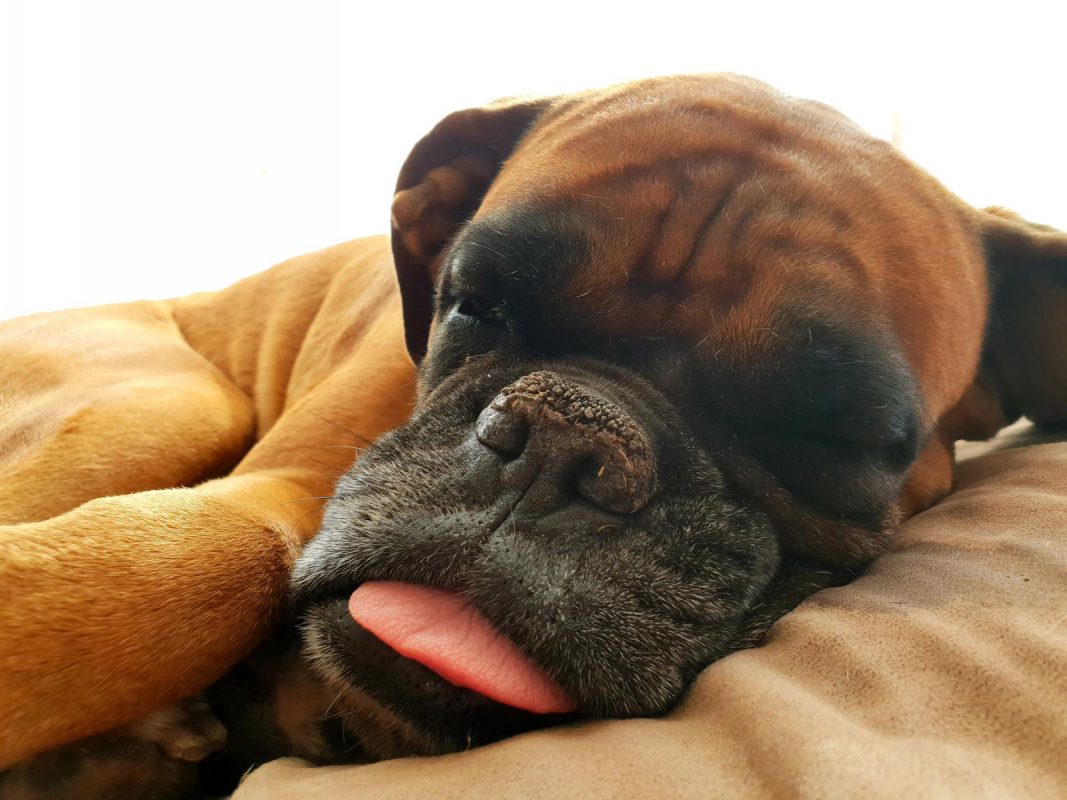 Boxer Louis from Germany, before and after 3 days of treatment with our magic Dog Nose Balm 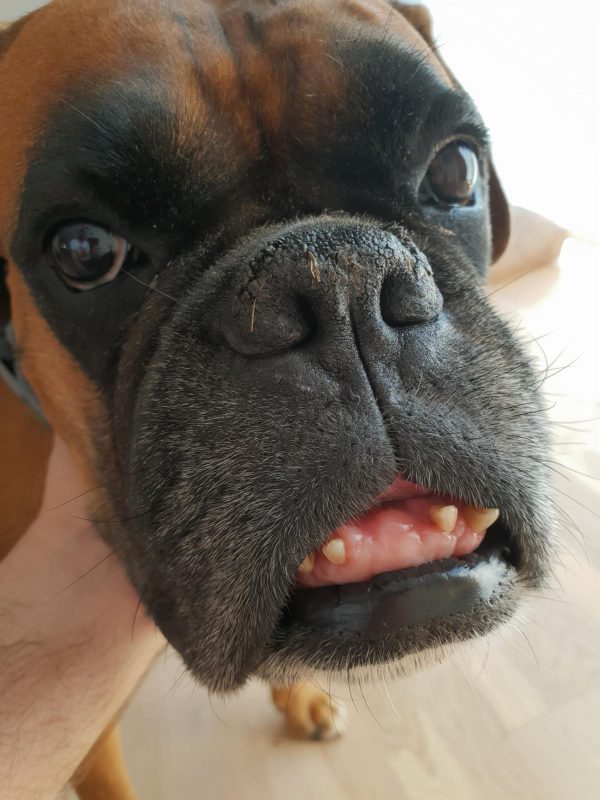 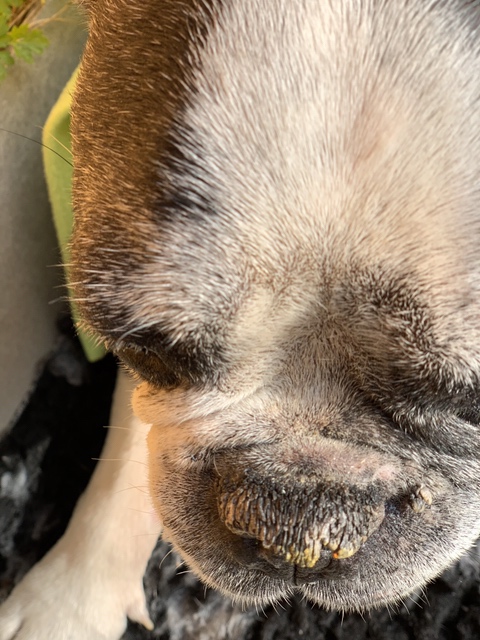 French Bulldog Filou, 14 years old, from Germany, with a dry and cracked nose 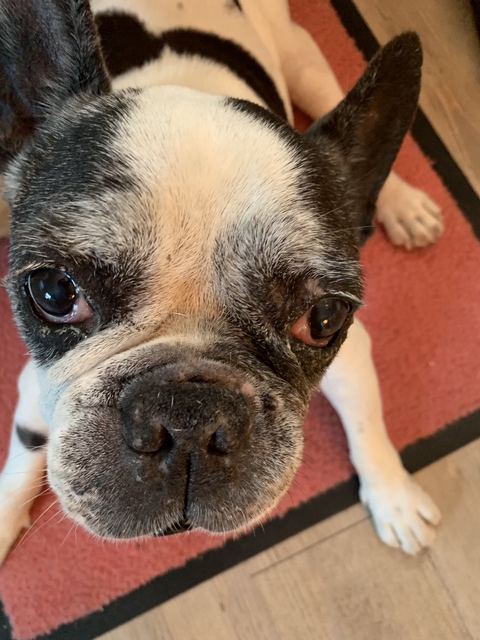